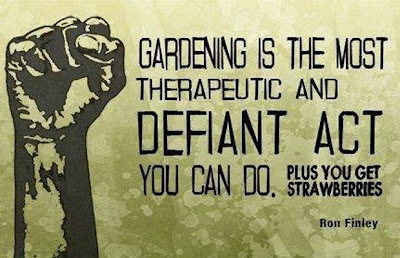 Just wanted to direct your attention to an interesting post on The British Gardener. Here are two quotes:

"In November 2012, the U.S. Census Bureau said that more than 16% of the population lived in poverty, with 1.2% of that total living in extreme poverty."

"20% of America's children fall into the poverty bracket

with an estimated 16.1 million living in food insecure households."

The numbers may be different but don't think for a moment there aren't hungry children in your neighbourhood.

Do you believe every child is in some way your child?
How do you think we could use gardening to help?
Posted by Susan at 13:43