Up until last week we had three beds full of buckwheat. 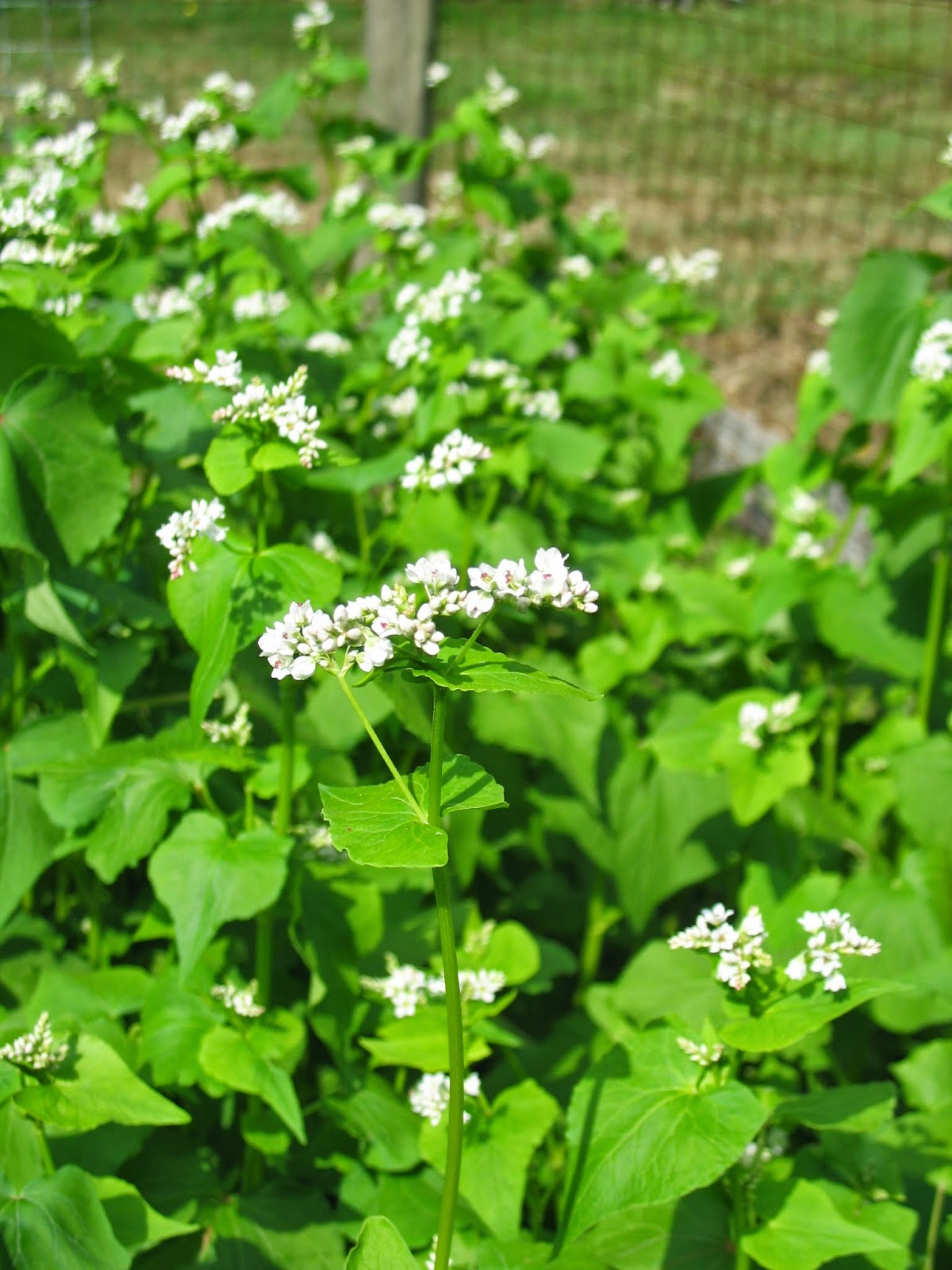 As I've watched it grow, and discovered more about it, I've become a big fan. I planted it as a cover crop and green manure for the most dismal of beds in the kitchen garden.
It adds bulk to the soil, kick starts organisms and aids in the absorption of phosphorous, potassium, calcium, and nitrogen.

It grows quickly-up to four feet in a month in my case. It is a good plant for sustaining interest in the growing process for small children. Turn under any time after flowering. Two or three crops can be grown in a season. While growing they suppress weeds.
The flowers attract bees, hover flies (aphid hunters) and parasitic wasps (caterpillar killers). Our patch has been vibrating with life. I planted beans and peas close to them to take advantage of the pollinators.

I could hardly bring myself to cut it down but I needed a bed for over wintering turnips. 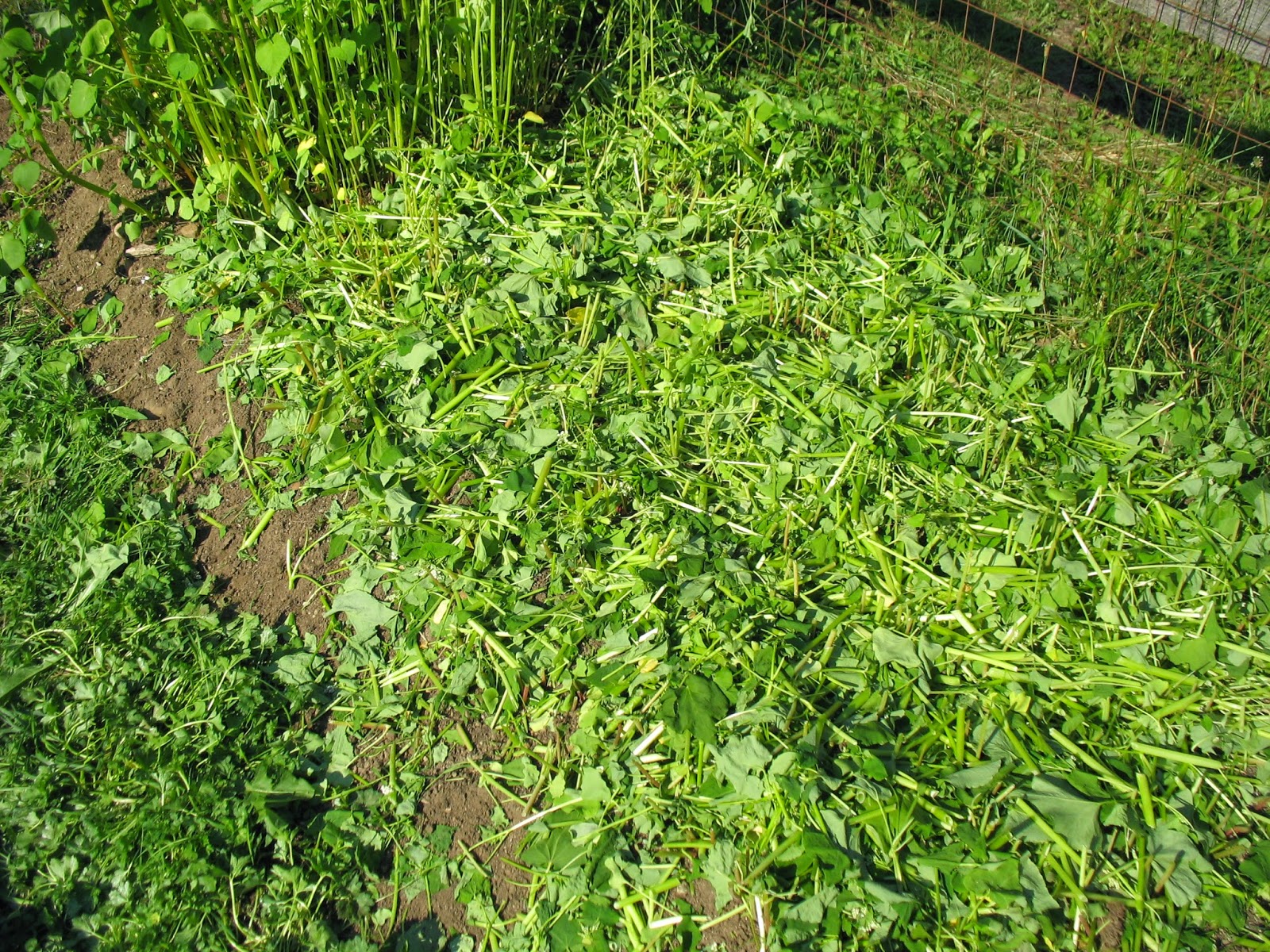 It takes about ten days to break down in the soil. Its fibrous root system improves soil aeration and friability. I turned it all under and a week later already have beautiful soil. When I attack the other two beds I'm going to save myself some hard work, I hope, by covering with compost and sea soil and letting it break down before I dig it in. Some of those stalks didn't want to go under without a fight.

Talking of stalks, I saved some as winter housing for hibernating insects. 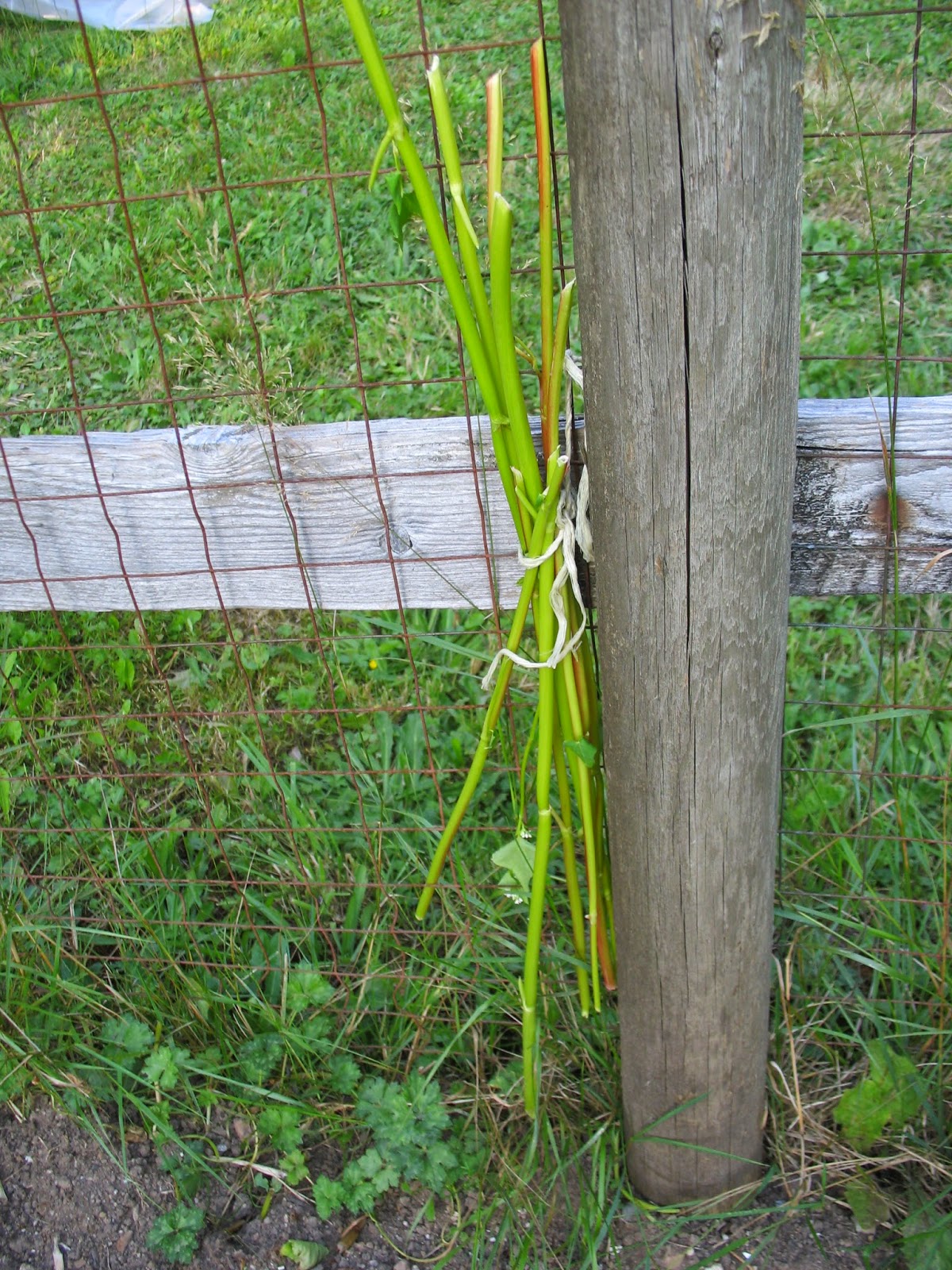 The flowers are small, white turning to deep pink then a rust colour. I brought some indoors with some sweet peas. They last a long time, perhaps it is the hollow stems. 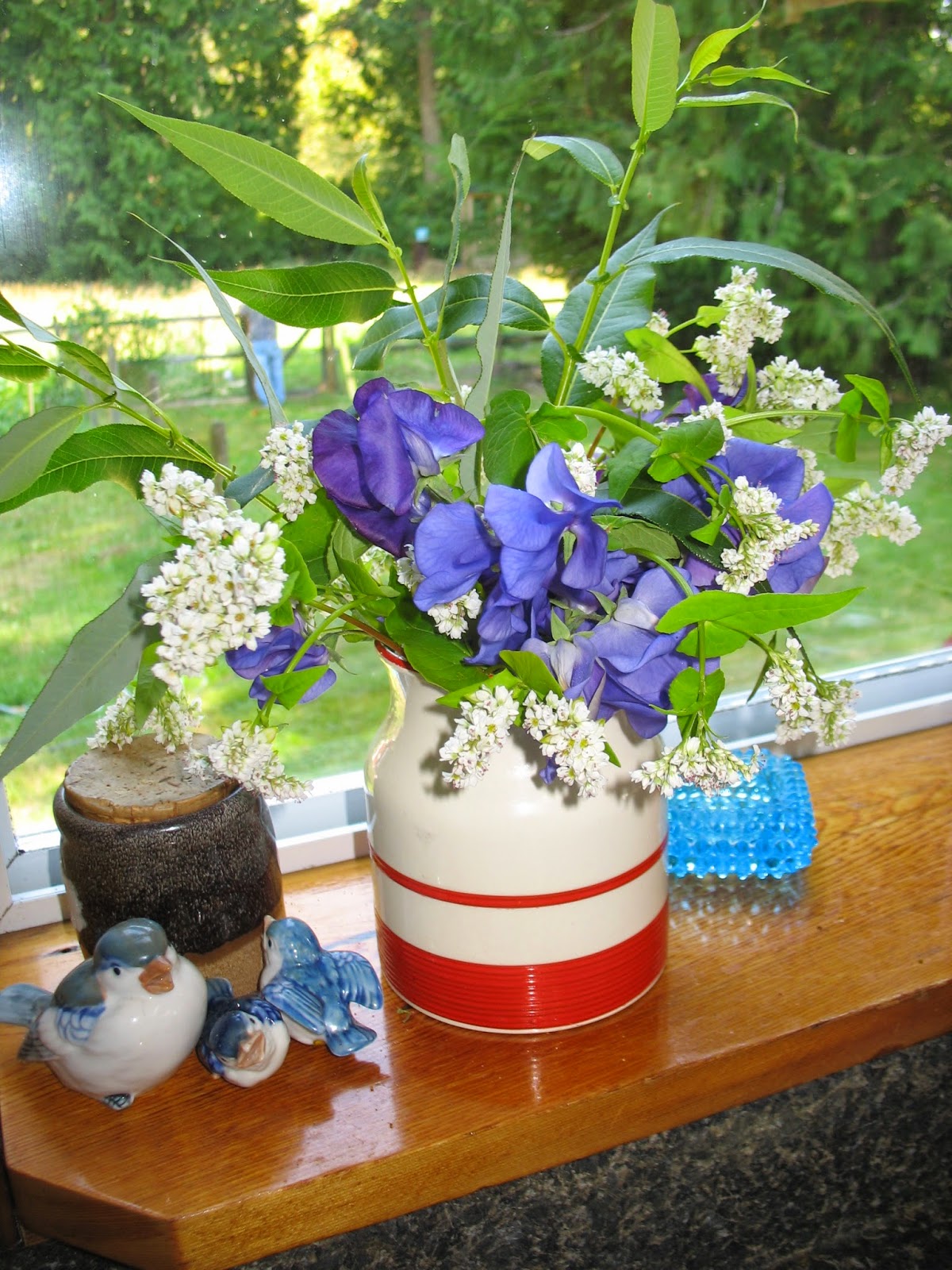 I've become so enamoured of buckwheat it will make a regular appearance in the garden from now on. I do so love getting value for money.
Posted by Susan at 15:56