What have I been doing?

What have I been doing?
Arranged flowers for the stage at the Pacific Region International Music Academy ( good article here if you have time).  As the theme for this year was honouring the treaty of self government for the Tla’amin First Nation.we used native plants including, cedar, ferns, salal, elderberry and goat's beard. 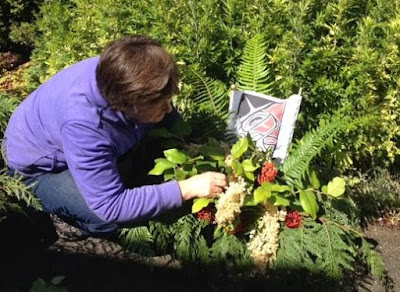 Went to their outdoor concert

Unexpected trip to Vancouver-two days travel for one day there; the price you pay for living in pristine natural beauty.

At the end of a busy day squeezed in Vancouver Art Gallery's Picasso: The Artist and His Muses. Cheered for the gals who told him where he could stuff his super ego.

Attended the release of butterflies into the nursing home garden. They were raised by a kindergarten class. The little butterfly farmers were adorable. 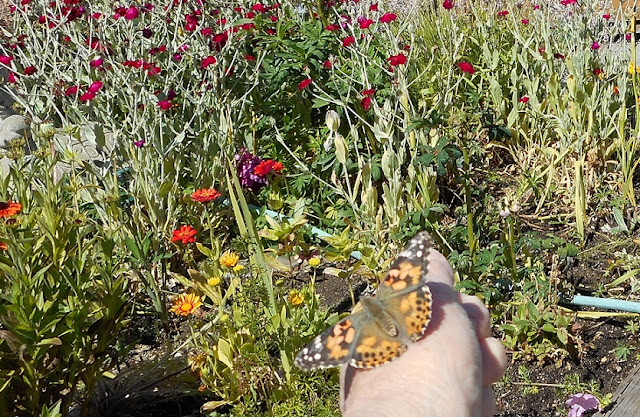 The teacher was a gentle, devoted soul with a pronounced lisp. It crossed my mind her little darlings will go in to Grade 1 lisping all their new big words.

Went to a garden party in a secret location. 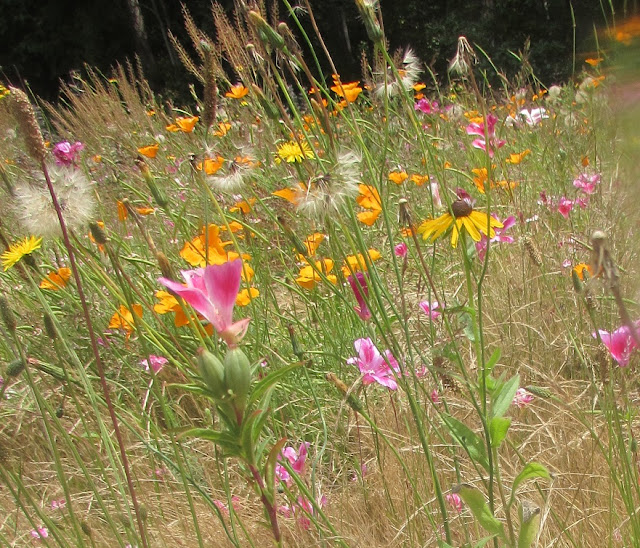 Helped cut down a towering laurel hedge and in the evening hosted the AGM of the Friends of the Library. We handed over a cheque for $50,000 and I happily did not stand for re-election.

Next night attended the Garden Club AGM-forgot to take the pamphlets I had researched, written, formatted and printed-President was a bit sniffy about it. As a former President I sympathise but no guilt for, once in my life, being a bit of a flake.

Planted carrots and parsnips-exactly no carrots germinated. I've dug up the bed, added sand and a locally made natural fertilizer. A second sowing gets done today plus turnips.

Started lacto-fermenting many jars of sauekraut, with the formidable help of my better half.

Frantically shelling peas. All the hard work keeping the plants alive in the deluge of Spring is paying off. I'm thankful for the crop but please let it be easier next year.


Despite planting being on the agenda I must watch the Iceland vs France soccer match in the Euro Cup. I'm supporting Iceland.