An orphan, a dashing Russian prince, a love that spanned the globe and survived war and imprisonment, and a letter which led to a garden.


Orphaned
In 1902 little Marjorie Carter arrived to hapless parents overwhelmed and overstretched in the frenetic,  wealthy, expat society of Shanghai, China. A fortune lost to gambling necessitated a hasty return to England where, in short order, the parents died. Fortunately, wealthy friends from the Shanghai days decided , on a whim, to adopt the destitute toddler. An only child she was their little pet, and like a pet she was expected to be a companion for life.

A Dashing Prince
Marjorie became Peggy Pemberton Carter and grew up with all the advantages of wealth. Following the First World War her adoptive father died and Mama, along with Peggy, decamped for the glittering life of post war Paris. The place was packed with impoverished but titled Russian emigres fleeing the revolution. One young prince, Nicholas Abkhazi, became sweet on Peggy and she on him. Long walks and candlelight dinners nurtured the romance closer to love. Mama was having none of it and whisked Peggy off to their old home in Shanghai.

War
A comfortable but empty life ensued until Mama died and the Japanese invaded. She was a woman alone unused to fending for herself. It turns out Peggy had an inner core of steel. Initially foreign nationals were confined to their upper class enclave. A situation that brought about a food shortage. Peggy turned her hand to growing food and raising pigs on the lovely lawns of her home. Reading her diaries from the time one can't help feeling Peggy's new found independence was a empowering experience.

This feeling was to sustain her when the expats were moved to an internment camp.  She writes, with some satisfaction, that when responsibilities were handed out she chose gardening over kitchen duties because a rainy day meant a day off "while peeling potatoes went on forever".

Her only grievous  loss at this time was the end of her correspondence with Nicholas which they had maintained throughout the years despite Mama. Nicholas, by now, was also a prisoner of war after fighting with the French army.

A Letter
Finally Peggy was released and friends invited her to Victoria in Canada to recuperate. With little hope she sent a letter to the Red Cross seeking information on Nicholas. Amazingly he was found and about to go to New York. He suggested Peggy meet him there, which she did and with nothing standing in their way were engaged by the end of the week.

A Garden
Peggy was able to retrieve some of her inheritance and bought an acre of  sea view property in Victoria. Longing for a child that was not to be they poured their love into a beautiful garden that can be visited to this day. 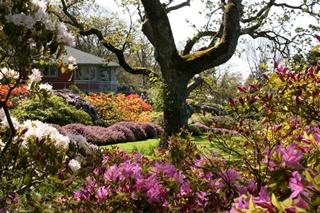 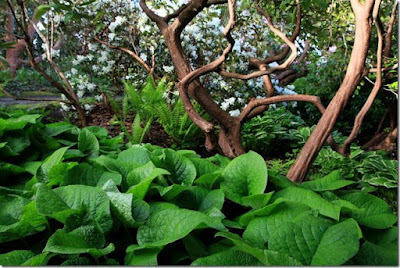 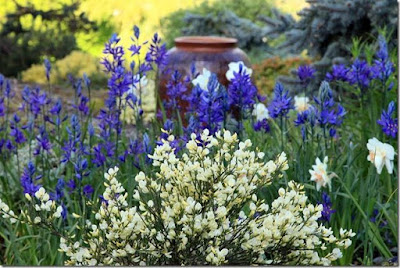 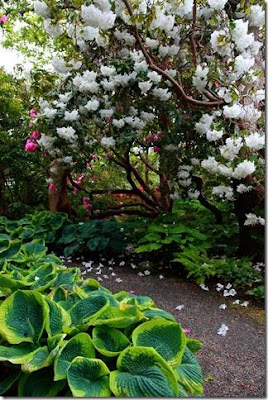 Description of the garden from The land Conservancy (current owners). The garden is very discreet from the street, with only hints of what exists beyond the hornbeam hedge. What the visitor does find is a garden that embraces a natural landscape that is unique to Victoria. The garden is blessed with dramatic glaciated rocky slopes, magnificent native Garry oaks and gorgeous vistas. The garden is designed to make the most of these remarkable features and it is the Abkhazis’ response to their landscape that qualifies it as a stunning example of West Coast design. The garden flows around the rock, taking advantage of deeper pockets of soil for conifers, Japanese maples and rhododendrons which over the last 50 years have grown to an impressive maturity. Carpets of naturalized bulbs, choice alpines and woodland companions provide interest throughout the year to the discerning plantsman, but it is the overall design that leaves the greatest impression. 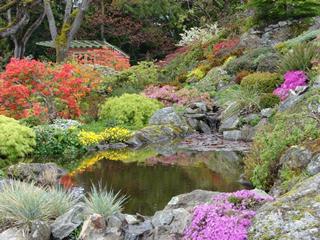 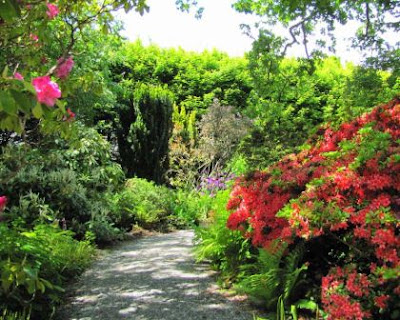 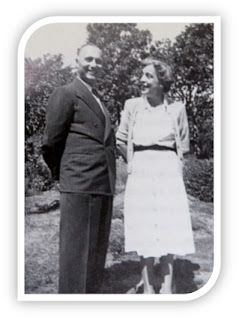 Prince Nicholas died in 1987 and Peggy in 1994. Their longtime housekeeper Maria Camara firmly believes their spirits happily reside in their beloved garden.

Read how the garden was saved from the bulldozer here
Images: The Land Conservancy and Friends of the Abkhazi Garden
Posted by Susan at 12:19